Tomorrow 9/9/07 is the first sort-of "big day" since my church The Journey agreed to be merged, or basically turnover the keys, to another church Vintage21. Tomorrow is our soft launch. I call it a soft re-launch since we've already started once, hard launched once, soft 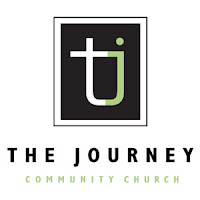 launched once, and near about stopped... all in the first year! Such is the nature of church planting and starting... something I never thought I'd be doing, nor wanted to do. Eighty percent (or some large number) of church plants don't make it past a year. We're trying to stay out of the 80 percent.

So here are the highlights, from Memorial Day to Labor Day, 2007... Our pastor and long time good friend did not feel God was calling him to pastor a church plant any more, and he was called elsewhere. We weighed options regarding partnering with another church startup, or simply shutting down, and coordinating how we might scatter to other churches. We had about 80 or so adults, and probably 50 kids. We made some calls, and ultimately, Vintage21 convinced us not to close down. Their lead pastor Tyler Jones said we have 1 million people in the Triangle who did not yet know Christ, and that we needed all the churches we could get in neighborhoods around the area.
Vintage21 is a church in

Raleigh, the capital city. Most of their church body is under the age of 30, and the pastors are about 32. This worked out well for us at The Journey, because we still wish we were under the age of 30, and we sort of remember being 32. So after all sorts of debate and analysis and discussion of questions and gnashing of teeth and writing of notes and FAQs, the merger was approved about a month ago. Among the people remaining by that time, it was actually approved overwhelmingly. It's amazing how secular businesses merge all the time, yet churches seem to have a hard time pulling it off. So we're learning as we go, for sure. We've had some hiccups along the way, and we still have not signed all the legal documents required by the state... but that will come.
I'm so used to looking at this from my perspective. I am one of the leaders at The Journey, so I'm usually thinking selfishly as in "What does this change mean to me? Or us? Will my needs and preferences be met?" Right now, I am just thankful we've made it this far. If I look at this from Vintage21's perspective, here we have an established church that has grown 100% a year for each of the last 4 years. I'm sure they had quite a platefull for 2007 already. When we came along in May, they were just beginning a construction up-fit in a new location and former bar downtown called Jillians. They just moved into the building and are still working out the kinks with that process. They are active in Acts29 and are hosting a boot camp later this month. They are allowing the city to use their space to host a creativity conference called SparkCon this month. They planned a grand opening to welcome the downtown communities into their place.
So with all this on their plate, along comes The Journey needing help in late May! Right away, the pastor began driving to our site to teach at our service, in between their #1 and #2 services. They brought down a site pastor from Richmond to help us out during our initial transition. So tomorrow is the soft re-launch, when we will likely have a few new elements that make it feel like Vintage21. I think the big re-launch is being discussed for January. I think this amount of time will give them more ability to work with the Cary site to plan the big day.
But for now, we have the soft re-launch, which I pray will be a burst of momentum. We sure need it.
Posted by Blain Dillard at 10:20 PM

Email ThisBlogThis!Share to TwitterShare to FacebookShare to Pinterest
Labels: The Journey, Vintage21