Everything's Going to be OK

I awoke this morning after just having another dream about my Dad.  I was running errands on Saturday and was really busy.  Lori was planning an impromptu event at the house with girls as I was out doing stuff with the guys.  I came home to get some money as I had run out.  I decided I should stay home as I had a lot to do there.  So I was laying on the couch as the party at home continued to grow.  Dad showed up wearing that red jacket he wore back when he was about 70.  He looked great and much younger, compared to the 88 I last saw.  We shook hands and his hands felt younger.  I said, "I see you're back again."  He knew what was on my mind.  He said in his usual positive calm, "I'm sure everything will work out."
I got up and we continue to plan the party.  Mom was inviting many people even on short notice.  Dad was helping remember names.  I was on the phone with my aunt Jean, who greeted me with her usual "Well hey dawlin'!"  Everyone was very happy and the excitement was bustling.  As Dad was trying to remember names of people to call I got my phone out and pressed Record, as I wanted to capture his voice so I could listen to him when I woke up.
I didn't hear him say too many more words before I did wake up.  My phone was on my nightstand, and there was no recording.  But this memory was good. 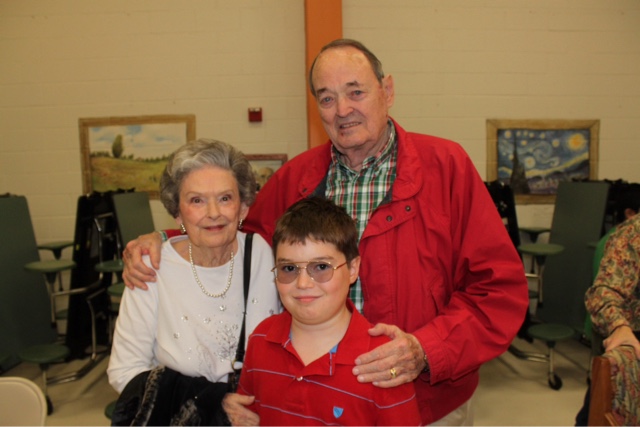 Posted by Blain Dillard at 9:23 AM

Email ThisBlogThis!Share to TwitterShare to FacebookShare to Pinterest
Labels: dreams