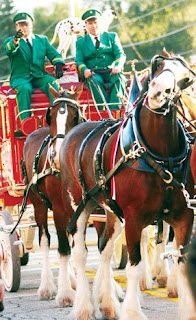 I have joked recently that if there was an age/weight division in a 5k road race, then I could win the 250 lb / 43 year old division due to lack of competition. So as I was signing up for the Highcroft Hurricanes 5k next weekend, I noticed they actually have a division for "larger" runners! It's called the Clydesdale and Athena divisions and is for men over 200 lbs and women over 150 lbs. So I'm going for it! Two hundred pounds is not that big for a man, so I'm sure there will be plenty of guys in that bracket faster than me. But it's fun to know there's a division based on weight. Apparently this is not uncommon, as I found many references to Clydesdale / Athena on the web.

As for exercise, I've cut back on elliptical use in favor of running. I'm trying to get to where I can run on consecutive days. Waiting 2-4 days in between, whether by choice or by schedule, is not working, as I am having a hard time recovering when I start each time. Last week was very hard to run at night as I had so much work to do, and so little sleep. So yesterday (Saturday) I ran 2.7 miles, and then today, about 1.5. Felt pretty good except that my ankle was having some pain yesterday, along with the sun warming up and beating on me some. Today was just fine, however. The endorphins are kicking in.

I dread the summer. I just cannot run in hot humidity. I remember back in college I would come home from my co-op job and go running around 5pm in the heat of summer. I was living at Avery Close on Avent Ferry Road in Raleigh. It is a wonder I didn't die of heat stroke. Of course, then I was pushing a svelte 220 lbs.... Still a Clydesdale, however.
Posted by Blain Dillard at 10:08 PM